Yemin Orde Youth Village, located on 77 acres atop Mount Carmel in northern Israel, is home, school and safe haven to 450 at-risk and 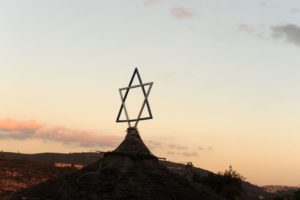 immigrant youth from around the world.  The Village remains open 24/7, 365 days a year, for youth who have no other place to call home in Israel.  Yemin Orde provides a high ratio of staff to students and provides individualized therapeutic care and academic tutoring to those in need of extra supportive services. Additionally, the Village's "Informal Educators" provide mentoring to troubled youth and are available 24 hours a day.  The traditions and values of Judaism are woven into every aspect of life at Yemin Orde.

Graduates remain connected to the Village long after graduation and often return for financial assistance, life cycle events and celebrations. This sense of safety and lifelong support for graduates is one of the unique elements that makes Yemin Orde Youth Village a model of excellence in Israel.

2018 Hanukkah Update from the Village As Europe slowly recovered from the ravages of World War II and survivors emerged from the horrors of Nazi concentration camps, a newly-founded State of Israel stood as a beacon of hope to these homeless souls. Most noteworthy, Yemin Orde Youth Village provided a safe haven and home for these Holocaust orphans and immigrant children during the great immigration wave to Israel of the fifties.

Historically, Yemin Orde Youth Village was founded in 1953 by the British Friends of Youth Aliyah.  The Village was named for British Major General Orde Charles Wingate, an ardent supporter of the Zionist cause and influential force in the formation of the Israel Defense Forces (IDF). “Yemin Orde” literally means “in the memory of Orde.”

Yemin Orde Youth Village now is home to 450 youth from around the world. The Village has welcomed children from North Africa, Iran, India, Yemen and Eastern Europe. Today, Yemin Orde's youth are from Ethiopia, France, the former Soviet Union, Brazil and Israel. Most of the children have suffered trauma in their young lives  including loss, neglect, abandonment and extreme poverty.  At Yemin Orde, they find a home, a family and a future.

At the Village, the children live in 20 children’s houses, each named after important figures in history such as Martin Luther King Jr., Marcus Aurelius, 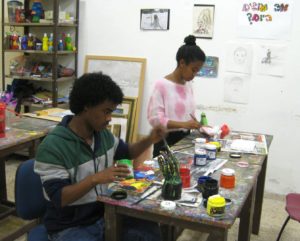 The Village's synagogue (pictured on the right) resembles a jewel - an architectural gem. The architect, the late Yehuda Landau, created a visual metaphor for adolescence. On one hand, the synagogue's distinctive rooftop resembles a collection of tents, echoing the inner feeling of transience and fragility in adolescence. Yet, at the same time, the building also resembles a crown, representing a feeling of self-worth and holiness.

"Yemin Orde is a special place, led by special people, developing very special children, who give us all hope for the future."

At Yemin Orde Youth Village, we work to help our children understand their connection to Judaism and Israel. Like most teenagers, our youth are trying to figure out who they are, where they fit in and who they want to become. In addition, they struggle to find their place in a new country, where they need to learn a new language and culture. 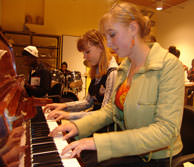 Jewish and Israel education does not take place in a vacuum, but rather is integrated into the daily life of Yemin Orde and experienced in a real, vibrant and meaningful way. Children learn about prayer in morning discussion groups and prayer services. Importantly, Shabbat and holidays are celebrated as one community, beginning at the synagogue where everyone gathers for evening services, continuing on through communal meals and discussions.

Finally, children build a connection to their new home through field trips and hikes all over Israel, where the Bible and modern Zionism and the State of Israel come together.

Watch our new video! Experience the magic of Yemin Orde!

From an absorption center in Beersheva to Brandeis University, Endalow Takele, is one Israel's next generation of leaders.
Read His Story »