Join us at the presentation of this year’s Friends of Yemin Orde Tikkun Ha’Lev Award honoring Seth Merrin and the late Anne Heyman.

10% of net proceeds will support Agahozo-Shalom Youth Village in honor of Anne, Seth and the Heyman-Merrin family. Seth Merrin is an entrepreneur, global business leader and philanthropist who has reinvented how Wall Street can work for good and use technology to make the markets safer and more efficient for investors. As founder and CEO of Liquidnet, Seth has built a different kind of financial services company that is dedicated to rewiring the asset management industry by eradicating market inefficiency, driving investment performance and enabling the efficient flow of investable assets around the world.

Seth’s ability to anticipate and meet the needs of investors is supported by the unique culture he has built at Liquidnet - one that is focused on the sharing of knowledge and the pursuit of innovation. This extends to the pursuit of a better world. Through Liquidnet for Good the company is helping to define a new vision for how progressive companies can re-imagine the total impact they can have on communities, the world, and ways to improve society.

Continue Reading About Seth and Anne

When Seth and his wife, Anne Heyman, learned about Rwanda’s orphan crisis following the 1994 Genocide Against the Tutsi in Rwanda, Anne was inspired by Yemin Orde’s model to create the Agahozo-Shalom Youth Village in Rwanda. Within three years, she had gathered support from Rwandans, Americans, and Israelis, and built the Village. In 2008, ASYV welcomed its first class of genocide orphans, giving 128 young men and women the first intact families they had ever known.

A native of South Africa, Anne became active in Young Judaea as a teen, and spent a year in Israel with the program, where she met Seth. A graduate of the University of Pennsylvania and Columbia Law School, Anne was an Assistant District Attorney, prosecuting white-collar crime. After she had her third child, she decided to focus more on her philanthropic work within and outside the United States.

Anne was most passionate about Tikkun Olam, the Jewish obligation to repair the world, and in addition to being an active supporter of important Jewish youth causes like the Abraham Joshua Heschel School in New York, Tufts University Hillel, University of Pennsylvania Hillel, and the Jewish Community Centers of America, Anne was the President of the Board of Directors of Dorot.

Anne was an avid equestrian and competitive show jumper who passed away after falling from her horse while competing in a Masters jumper competition on January 31, 2014.

Seth remains engaged in philanthropic work globally in areas that include African social and economic development. Inspired by Anne and the ASYV in Rwanda, in 2018, together with the American Jewish Joint Distribution Committee he launched Tikkun Olam Ventures (TOV). TOV provides training and loans to smallholder farmers in Ethiopia, enabling them to purchase and effectively use innovative agricultural technology. Liquidnet provides philanthropic support to this blended finance project through Liquidnet for Good.

Together, Seth and Anne excelled in many vital communal and philanthropic realms, always with enduring impact. Individually, each dedicated themselves to inspire and improve the lives of others, both domestically and globally, through innovation, volunteerism, hard work and a giving heart. Kate Bolduan is anchor and host of CNN's "At This Hour" and "State of America" on CNN International. Previously, Bolduan co-anchored "New Day" and "The Situation Room with Wolf Blitzer,” and plays an instrumental role in the network’s coverage of America’s Choice 2020. Every weekday at 11am ET, Bolduan goes behind the headlines to bring viewers critical live events as they happen, smart analysis of hot topics and news-making interviews with key players in politics and beyond.

In the past year, Bolduan conducted the first television interview with Democratic presidential candidate Mayor Pete Buttigieg and his husband Chasten, reported from Afghanistan with an exclusive Interview with the top U.S. commander there, and secured CNN’s first interview with Facebook co-founder Chris Hughes on his call to break up the social media giant.

Previously, Bolduan served as a CNN congressional correspondent, covering the activities of the U.S. House and Senate. While on Capitol Hill, Bolduan reported on many impactful and dramatic congressional events, including the debt ceiling fight of 2011, the key congressional races in the 2008 and 2012 elections, the fiscal cliff of 2012, and the scandal that brought down Rep. Anthony Weiner. Bolduan also served as a general assignment correspondent. During that time she covered a wide-range of stories including the 2009 Christmas Day bombing attempt and the 2009 government stimulus plan. Bolduan helped lead the coverage of and was in the room for the historic Supreme Court arguments over the Affordable Care Act and also lead the network’s coverage of other Supreme Court cases like the Chicago gun rights case McDonald v. City of Chicago, the fight over religious freedom in Salazar v. Buono, the death penalty, violent video games, and campaign finance.

Bolduan joined CNN in 2007 as a national correspondent for CNN Newsource, providing breaking news coverage and feature reports for more than 800 CNN Newsource affiliates. During her time with Newsource, Bolduan covered the 2008 presidential election and traveled throughout the United States covering other national headlines including the Minneapolis bridge collapse, O.J. Simpson armed robbery case and launches and landings of the retiring NASA space shuttle fleet.

Before joining CNN Newsource, Bolduan was a general assignment reporter for WTVD-TV in Raleigh, N.C. She began her television career as a production assistant for NBC News and MSNBC in Washington D.C.
Bolduan graduated Phi Beta Kappa with a bachelor's degree in journalism from The George Washington University.

She is based in the network's New York City bureau. Chaim Peri, Founder, Yemin Orde’s Village Way Educational Initiatives, is recognized as one of Israel’s leading experts on the education and rehabilitation of at-risk youth. He served as the visionary educator and director of Yemin Orde Youth Village in Israel for three decades, impacting and lifting the lives of thousands of children, both immigrant and Israeli born.

In 2018, Chaim was awarded the Tikkun Ha’lev Award from Friends of Yemin Orde in New York City, where he was surrounded by friends from around the world. In 2014, he received the World of Children Alumni Award, which is considered the Nobel Prize for child advocates.

Chaim’s other endeavors include the establishment of the Shvut Am Institute at Yemin Orde, which addresses the identity conflicts of adolescent immigrants and initiating the Steering Center of Ethiopian Educational Affairs at the Ministry of Education.

In 2000, he founded Yemin Orde’s Young Men’s Gap-Year Leadership Program (Mechina in Hebrew) for immigrant youth. The Men's Mechina empowers young Israeli men from immigrant backgrounds with the skills necessary to excel in their mandatory military service. The program also helps ensure that these young men can thrive in their civilian life that follows. Since its establishment, the intensive 10-month program, which is located in the northern development town of Hatzor Haglilit, is filled to capacity.

Chaim has been recognized for his work on behalf of Israel’s youth with Prime Minister Shimon Peres’ “Guardian of the Child” award, and was honored to light a ceremonial torch during the official opening of the Independence Day Celebration in Jerusalem.

In 2007 he was awarded the Exemplary Educator Award by the Minister of Education, and in May 2013, he was awarded an honorary Doctorate of Humane Letters at Brandeis University.

Chaim and his wife, Shuli, have 5 sons, 6 daughters-in-law and 16 grandchildren. Shimon Solomon served as a member of Israel’s Knesset (Israel's parliament) for the Yesh Atid party between 2013 and 2015. From 2016 to 2019, Shimon served as Director of Kfar Silver Youth Village, near Ashkelon.

Shimon immigrated to Israel from Ethiopia in 1980 with his parents and five brothers and sisters. Yemin Orde Youth Village welcomed him shortly after his arrival in Israel. Shimon’s professional career has focused on Ethiopian and refugee issues in Israel. He successfully applied Village Way Educational Initiatives’ (VWEI) educational methodology, the Village Way, as Director of Education at the Agahozo-Shalom Youth Village in Rwanda, a youth village serving young victims of genocide and modeled after Yemin Orde.

From 2005 to 2007, Shimon worked in the Israeli Embassy in Addis Ababa, and was later director of an immigrant absorption center in Beersheba. He also served as Director of Kfar Silver Youth Village, a VWEI partner educational community.

Scroll through our ad gallery to see our sponsors and tributes.

Would you like to place an ad in our digital tribute journal?
Purchase Your Own Ad »

About Friends of Yemin Orde

Friends of Yemin Orde is the U.S.-based philanthropic partner of Yemin Orde Youth Village and Village Way Educational Initiatives, both located in Israel. Our mission is to transform immigrant and at-risk youth into productive members of Israeli society through value driven education and support.

Yemin Orde Youth Village is located on 77 acres in the serene Carmel Forest region of northern Israel, just outside Haifa.

It is home, school and safe haven to more than 400 at-risk immigrant youth from all over the world, including Ethiopia, the former Soviet Union, France, Eastern Europe and Brazil, as well as troubled teens born in Israel.

Most of the youth at Yemin Orde have experienced trauma: from family abandonment and cultural isolation to overwhelming loss and extreme poverty. With the help of the Village’s dedicated staff, Yemin Orde’s fragile teens develop self-esteem, leadership skills, strong cultural identity and a positive outlook on life.

Graduates receive a wide range of services throughout their lives including scholarships, care packages for lone soldiers, and emergency financial support.

Village Way Educational Initiatives (VWEI) extends Yemin Orde’s unique methodology, called “the Village Way”, to youth villages, therapeutic residential communities and high schools in Israel, including schools in Arab communities. The overall goal of VWEI is to have a positive impact on Israeli society by elevating education and lifting the lives of at-risk youth.

Organizations from around the world are inspired by the Village Way methodology. In the United States, political leaders and educators and renowned scholars have acknowledged its importance and success in transforming lives. In Israel, leading educational colleges and prominent universities have incorporated the Village Way methodology into their curriculum for future educators. 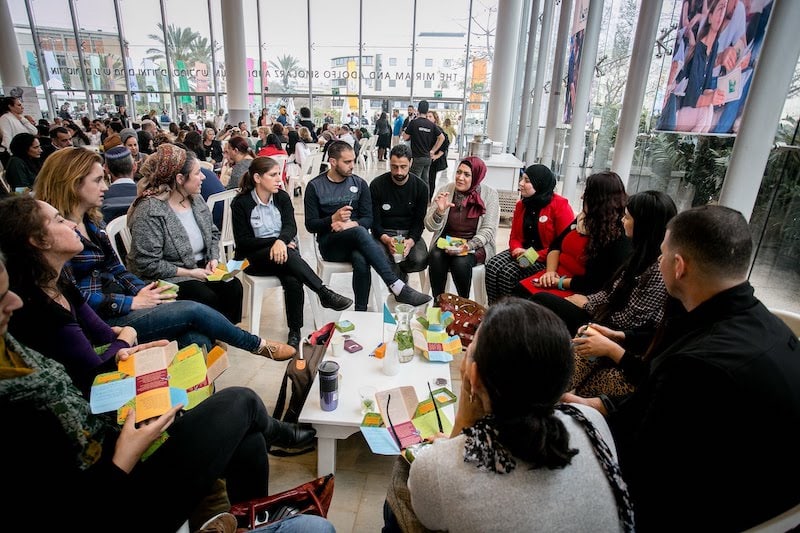 2019 Friends of Yemin Orde Board of Directors

Click below to register for the Gala or
make a donation if you are unable to attend.

Become a Sponsor or Donate